It’s different than the traditional brokerage model that we’ve been used to since cira 1908. That’s why it takes more than just a glance to understand the real value proposition. eXp Realty has turned the brokerage model upside down. Let’s do a quick comparison:

The Traditional Brokerage Model in the U.S.

Whether it is a franchise or a local independent brokerage, the model we are all used to since the beginning of REALTOR® time is the brokerage where the broker/franchiser is the owner. The agents work under the license and banner of the brokerage firm, and pay fees and percentages of their commission to the broker.

In the early days of franchises, it was common for brokers to have splits of 50% to 60%, and sometimes even more. The broker was the one who generated the leads and the agents worked the leads. Century 21 was one of the first of what I call “brokerage in a box” franchises in the 70’s.

At the same time we saw the beginnings of the 100% franchises with a monthly desk fee, RE/MAX for instance. Nowadays their business model has changed and they have various splits and fee structures.

You know what hasn’t changed? The broker is the owner and receives the profit from the work of the agents under his or her banner. The national average for a broker/franchise owner’s profit is somewhere around 4% or 5%, (I’ve heard that from several resources, but don’t it that as gospel.)

We were with a particular franchise for 11 years. I started as the 11th agent in the brokerage and it grew to 135 agents and had the largest market share in our area for several years. In 2005 the broker sold the franchise for 7 figures. While I had been enthusiastic about helping to grow the brokerage, I didn’t even receive as much as a Starbucks card for my efforts.

Oh well, that was the business model. I’m not saying there’s anything wrong with it. But it did get me thinking about ownership. I’ve been wanting a piece of that ownership pie for 13 years.

Getting Ownership in a Real Estate Company

Real Estate in the U.S. is a $3 trillion a year industry. While the median gross income of REALTORS® was $41,800 in 2018, according to NAR, that tells me there is a TON of money floating up to the top. 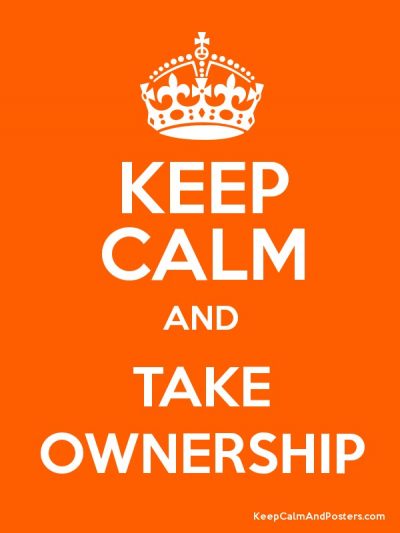 Once we were given the opportunity to buy into a franchise. It was 2008 and the market was collapsing here in Maryland. We could tell that particular franchise was failing so we took a pass. Even if it was doing well, when you do the math, it’s often not the greatest investment of $25,000.

I suppose there is the benefit of having your name on the door.

But in this day and age, the franchise model is getting squeezed. There is less and less profit to spread around when the costs of running a brokerage are paid.

When I managed a brokerage in 2007, the costs of the bricks and mortar office, the staff and the necessary office equipment and furniture was 500,000 a year. That had to be paid before any agent could make a dime, much less the franchise owners make any profit. It has only gotten harder in recent years for the franchise business model.

How an Average Joe Can Own a Brokerage

Enter eXp Realty, the brokerage that allows agents to own stock.

We operate in the leanest possible way, but still provide full service to our agents, often more than the traditional brokerage. The results are PROFIT. That profit is given back to the agents who sell real estate and help grow the company. That is the benefit of owning stock!

Here’s how we save so much money:

Here’s how we make more money as owners in the company:

Until this amazing company came into the real estate ecosystem, only brokers and franchisers owned the company and received the benefits of ownership.

If you’re interested in the Privileges of Ownership, give us a call. Chris Highland, Associate Broker eXp Maryland, 301-401-5119.

This site uses Akismet to reduce spam. Learn how your comment data is processed.